In vitro fertilization (IVF) is the process of retrieving eggs and sperm and manually fertilizing them in a laboratory dish outside the woman’s body.

Once oocytes are fecundated, a limited number of obtained embryos are transferred into the woman’s womb, so they can continue developing in a natural way.

IVF is generally used after having “blocked” the pharmacologically natural cycle and stimulated ovaries through a hormonal treatment to assure multiple follicular development.

Oocytes are taken out from the woman through an ultrasound-guided puncture and vaginal tube of the follicles. Immediately after they have been obtained they are prepared and classified in laboratory.

Sperm has to be obtained almost at the same time as extraction of oocytes, after a period of sexual abstinence. Sperm is prepared in the laboratory to remove certain components and to select the most adequate spermatozoa to fecundate the oocytes.

Spermatozoa are put in contact with oocytes, leaving them in incubation during certain hours.

Once fecundation is obtained, the best embryos are selected to be transferred to the woman’s womb.

The woman has to follow a hormonal treatment to help the feasibility of the potential pregnancy. 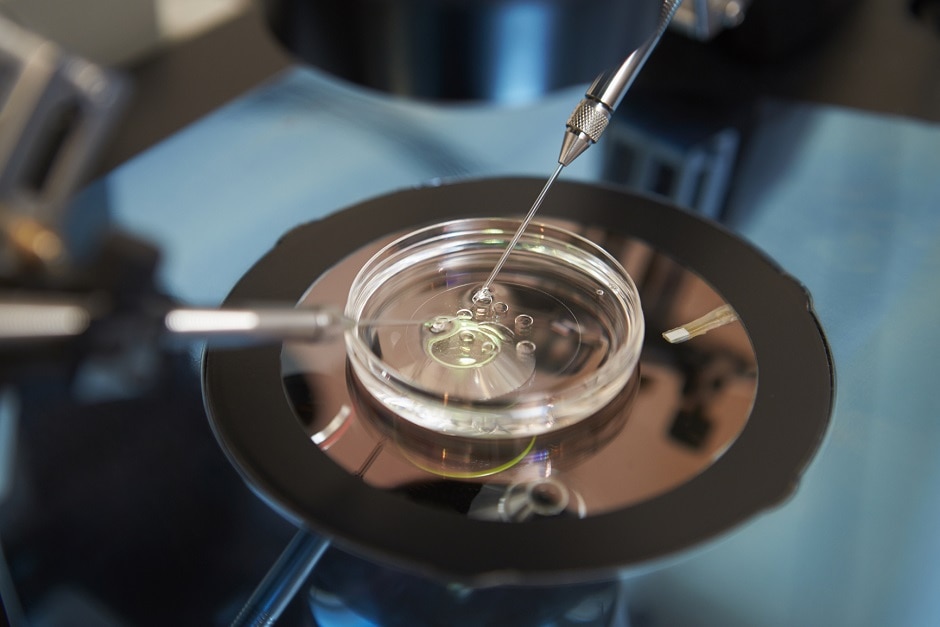 ICSI is an intracytoplasmatic injection of spermatozoids into the oocyte.

When is it considered?

This procedure is almost identical to in vitro fecundation. The only difference is the handling of the obtained oocytes after the puncture, since they undergo a more labored micromanipulation technique than a conventional IVF. 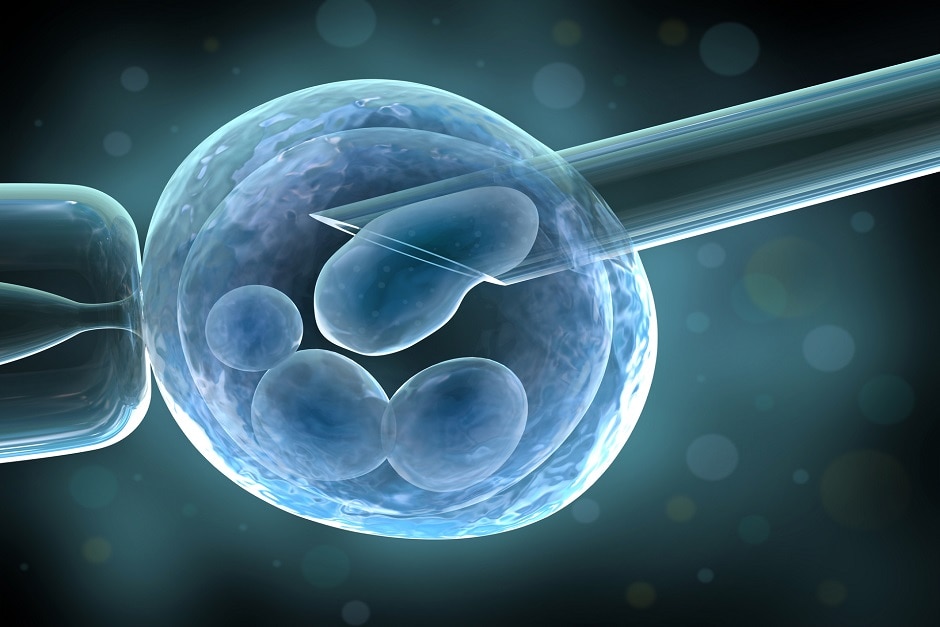 Since 2005, Aisa Reproduction in Spain, has been implementing a new method of cryopreservation: Vitrification, (commonly known as Flash Freezing). It avoids the damage of the cell by ice crystal formation and other effects seen with slow freezing.

According to latest studies published, it has been proved that pregnancies obtained through vitrification are more similar to the natural conception than pregnancies with fresh embryos.

This results into an increase in pregnancy rates and pregnancy evolution, higher live birth rates, lower miscarriages and lower risk of premature birth.

Embryos are frozen by means of this technique after an ovaric stimulation cycle. Then we wait to the next natural cycle of the patient to transfer the thawed embryos to the patient, bringing hormonal levels down to normal. This process is much more alike to a natural pregnancy.

Besides, by not transferring the embryos right after an ovaric stimulation, we decrease enormously the risk of ovaric hyper stimulation derived from the medication needed to obtain oocytes, which is one of the most relevant side effects this medication has.

In Aisa Reproduccion, we achieved the first birth with vitrification in 2005.

Our survival rate of embryos and oocytes in any stage is 100%. 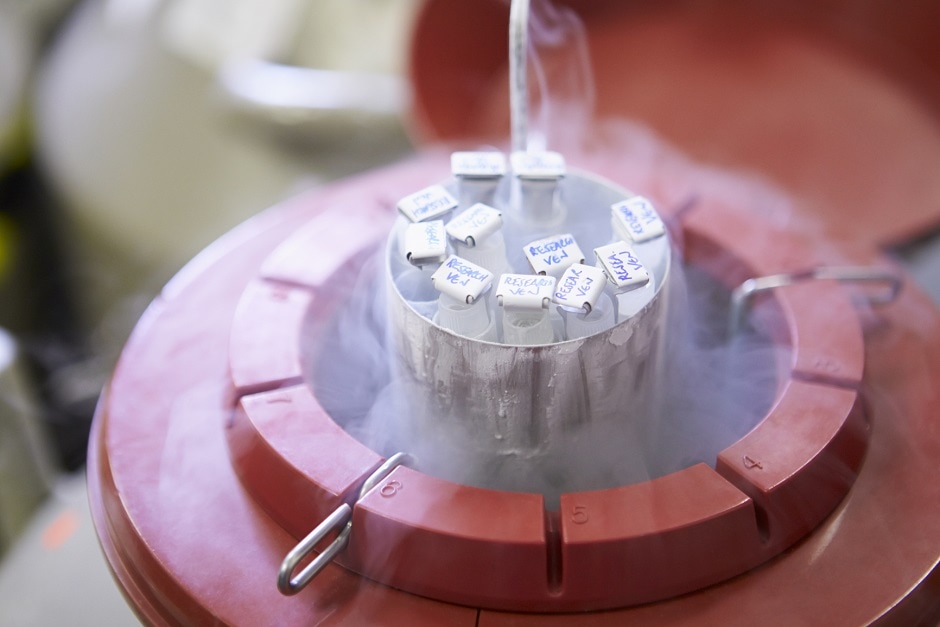 Aisa Reproduction in Spain, has been using this technique since 2012.

It allows analyzing genetically the embryos before being transferred to the womb. Thus, we select only the embryos without genetic abnormalities.

Around 50% of embryos from women of 38 years old carry some kind of genetic abnormality, leading to high rates of early miscarriage.

The Array-CGH is a specific chromosome screening technique based on Compared Genomic Hybridization, which allows to analyze the full genomic sequence of the embryo in just one test, looking for alterations in gain or loss of genetic material.

The test is performed through a biopsy to a day 3 embryo that has between 6 and 8 cells. We extract one of those cells to be analyzed. The embryo and the genetic material are not altered in any way during the process. While awaiting the results, we let the embryo grow for two more days, until it becomes a blastocyst.

This test is fast and very reliable. We can provide you with the results in less than 48 hours.

Women should consider a Chromosome Screening when they:

The combination of Vitrification and Chromosome Screening has relevant benefits for the patient, enhancing the likelihood of implantation and healthier pregnancy and birth. 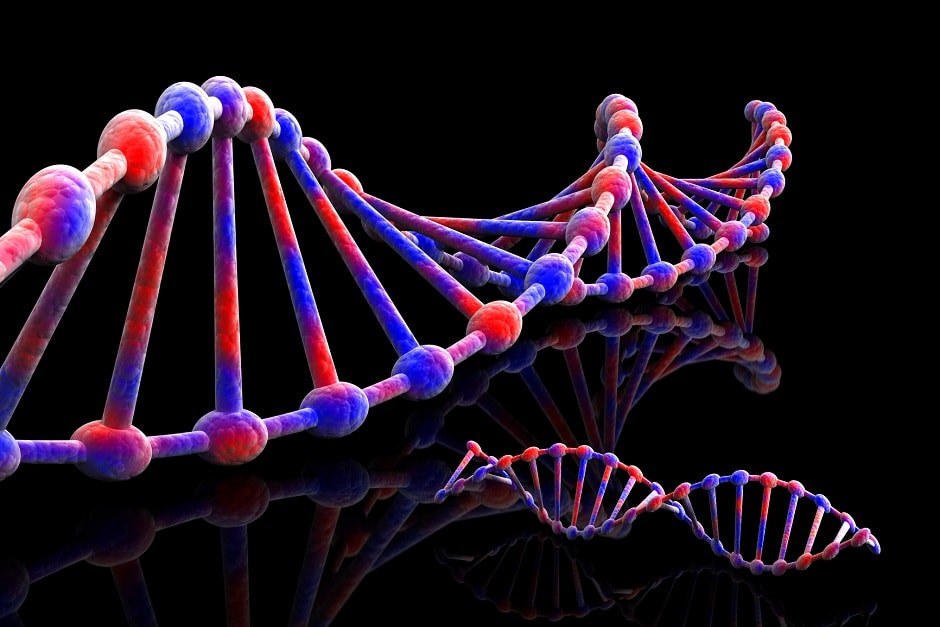 The Preimplantation Genetic Diagnosis (PGD) enables to analyze the embryos before transferring them into the womb. Thus, selecting only the embryos without genetic anomalies. PGD is a new technique that helps the achievement of health pregnancies using In Vitro Fertilization.

There are two types of patients that should be usually opting for this technique:

We use a technique called ARRAY-CCH, which is based on Comparative Genomic Hybridization, allowing analyzing all the genome sequence, looking for genetic alterations.

This process is fast and very reliable, being able to have full results in less than 48 hours. Other techniques, such as FISH, allow analyzing 9 pairs of chromosomes. 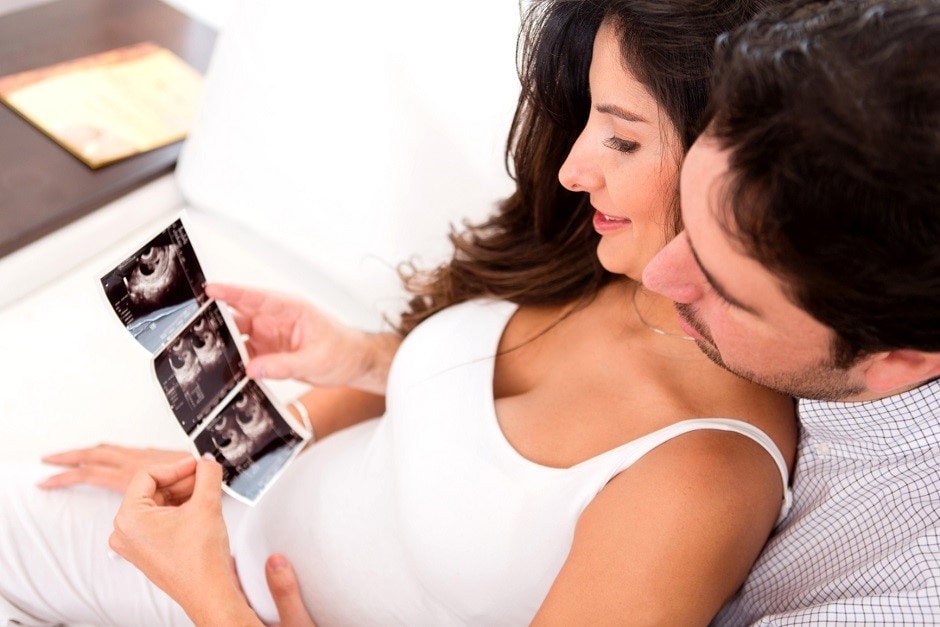 Intrauterine Insemination (or artificial insemination) is the introduction of semen, previously qualified in the laboratory, into the uterine cavity some hours before ovulation.

When to consider intrauterine insemination?

Intrauterine insemination can be carried out during the natural cycle, or after an ovarian stimulation process. It has been demonstrated, in a large number of studies, that rate of pregnancy is significantly higher in those cycles in which ovulation has been stimulated.

Ovulation stimulation consists of a hormonal treatment carried out by administrating a series of drugs, given to assure the ovulation and to obtain the highest number of oocytes.

To control it, periodical ultrasound tests are made, sometimes along with blood analysis, to verify the increase of the follicles and hormonal levels, in order to decide the best moment for insemination.

On the day of insemination, the male has to come with a sample of semen, which is processed in the laboratory, by an adequate preparation, selecting spermatozoa with best mobility.

Afterwards, spermatozoa are introduced in uterine through a flexible catheter.

Once insemination is done the women starts a hormonal treatment that favors the development of the possible gestation.

There are three models of intrauterine insemination: 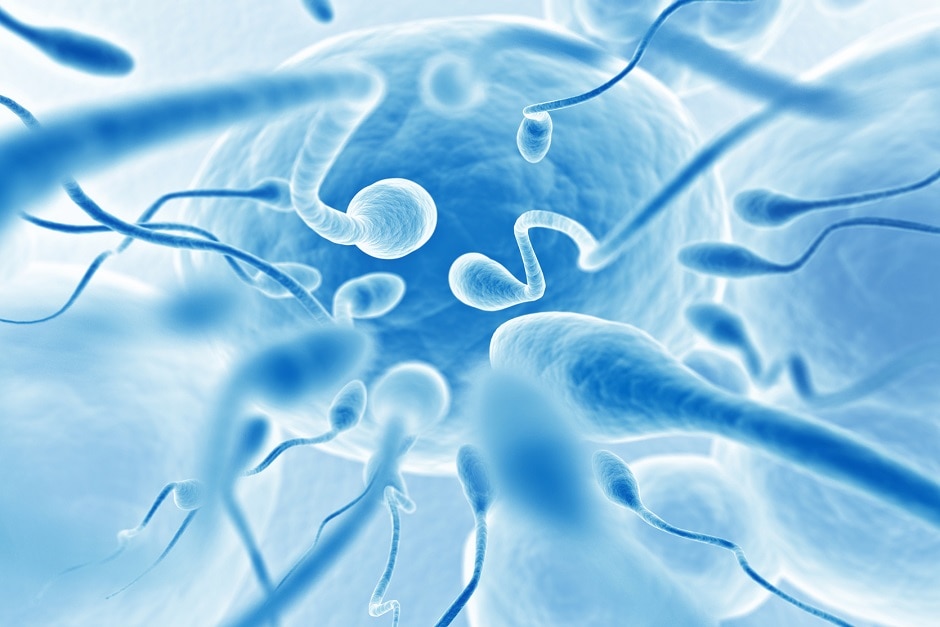 Our Egg Donor Program can bring families the possibility of successful pregnancies when:

It is an anonymous procedure in which donor gives oocytes to beneficiary woman.

Our staff rigorously screens egg donor candidates to ensure they are healthy and that they fully understand the donation process. Our egg donor pool consists of donors from a variety of racial and ethnic backgrounds. The donor must go through the following testing procedures before being accepted:

There is no waiting list in our Donor Program

While egg quality deteriorates with age, a woman’s uterus and her ability to carry and deliver a child remains relatively constant. Therefore, egg donation offers a substantially higher chance for the delivery of a healthy baby, even in women of advanced maternal age.

Our success pregnancy rates are above 75%.

Donors have to fulfill certain requirements (non-carriers of genetic, hereditary or sexually transmitted diseases, be a person legally of age, have a normal intelligence coefficient, etc.) and their sperm has to match the quality required by our Centre.

In addition they must sign a document, which allows us to use their sperm in assisted reproductive techniques so as to assume the same inherent anonymity.

Sperm is preserved frozen from its taking until the moment of its use, staying in this state for a minimum of six months to verify no contagious risk of sexually transmitted diseases.

Donor’s characteristics are chosen in accordance with phenotype of beneficiary patients.

Do you want to become a donor? 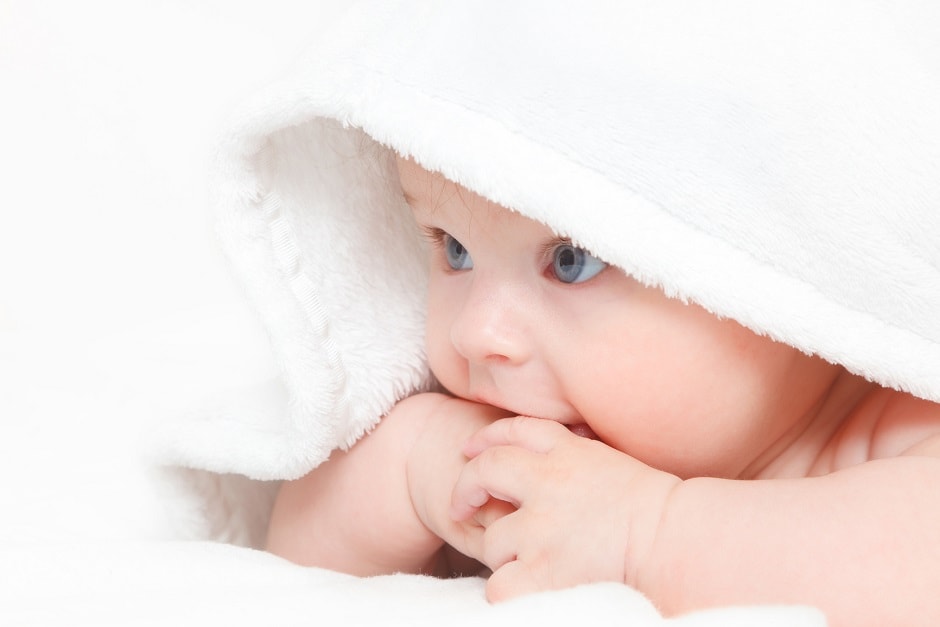 If you have the desire to postpone building a family – for a multitude of reasons. For example, in the case of age and not ready yet to start a family, you have a low ovarian reserve or poor responder reserve, or if you are older and you wish to bank embryos for attempting later pregnancies, we offer you the possibility of doing so.

By retrieving your eggs and flash-freezing them through our vitrification technique, which guarantees a 100% survival rate of oocytes or embryos.

The oocytes, or embryos, in case you decided to undergo an IVF cycle, will then be stored frozen in our bank until you are ready to be a mother.

Considered for all kind of women: for young women who want to preserve their fertility due to career choices. Or women who have been diagnosed with cancer and must go through chemotherapy. 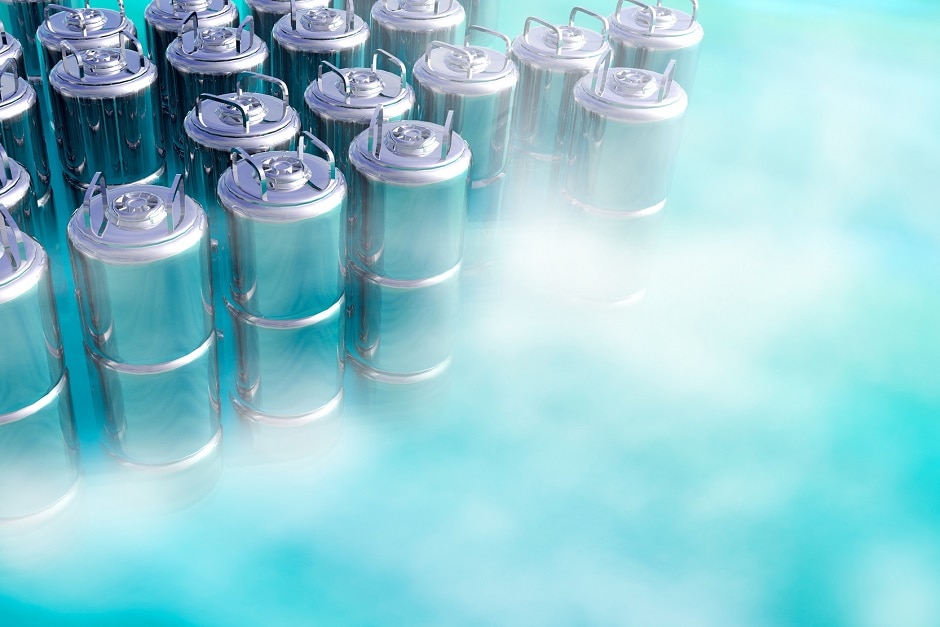 Aisa Reproduction in Spain, supports any individual in her or his aim of having a family.

We have a Sperm Bank with donors from different ethnics and phenotypes.

Once we have selected the anonymous donor, the sperm can be used in any of the fertility treatments that you and our physicians may consider to your case (IVF, ICSI, IUI…) 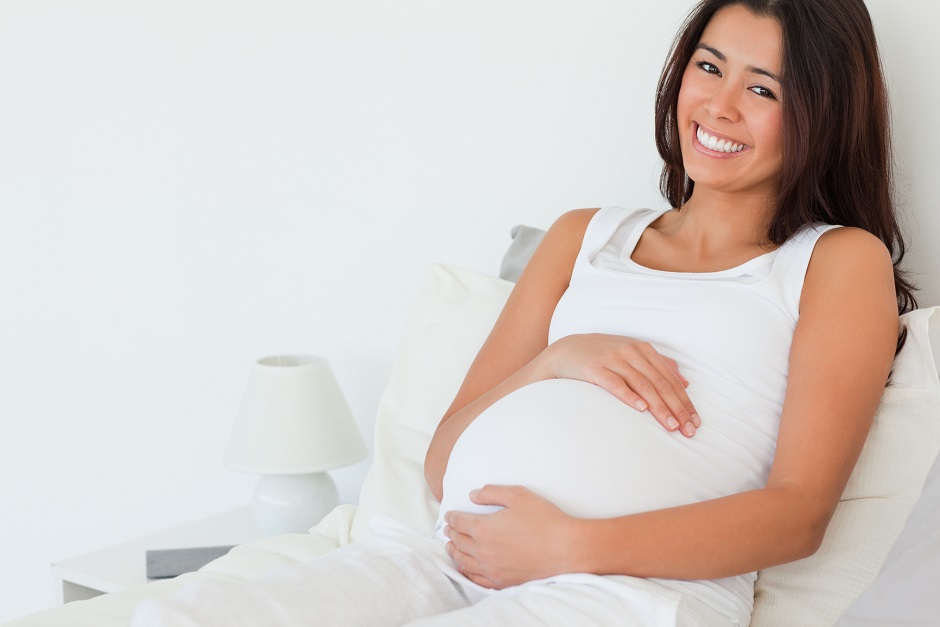 At Aisa Reproduction in Spain, we support all types of family building within law and therefore we provide patients with the necessary means to make their dreams come true. We collaborate with the Lesbian and Gay community to continuously understand their needs and to provide them with the best available treatment and emotional care.

We keep an Egg Bank, as well as a Sperm Bank, as part of our Donor Program.